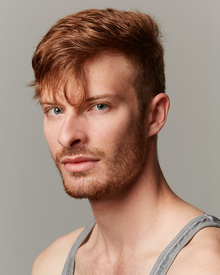 Nobel Lakaev, is an Australian dancer, choreographer, photographer and filmmaker currently studying at the Juilliard School in New York. With extensive experience in classical, contemporary and urban techniques; he has worked with major artists such as Kelly Rowland and Jason Derulo as well as choreographers including Jason Gilkison, Eliot Feld, Robert Sher-Machherndl, Camille A. Brown, Brian Brooks, Kyle Abraham and Kate Weare. He was invited to perform in 2012 on the Australian television production “Everybody Dance Now”, during which he was described as one of “Australia’s most special gifts of dance”. He was also a grand finalist on Australia’s Got Talent in 2009 and has performed in multiple national and international productions.

Also an avid filmmaker and choreographer, in June 2014 Nobel received 1st Place at the CalArts and Dance Camera West Emerging Artists Film Festival for his short dance film Behind Closed Doors. He has also had several works chosen to be re-staged and performed in Juilliard’s Choreographic Honors Concert at Lincoln Center.

Recently, he became the owner and Artistic Director of Nobel Studios, a boutique photography and videography company designed to equip performing artists, models and business people with a unique and intriguing portfolio of images and videos that are individually tailored to their professional and promotional needs. His photographic style projects a daring blend of fine art and high fashion aesthetic developed to capture each client with clarity and intensity.
​
Nobel also currently collaborates with performing artists of multiple disciplines to bring joy to those in hospitals, psychiatric wards, homeless shelters, retirement homes and correctional facilities through the GLUCK Community Service Fellowship. He also works with young school students in underprivileged areas to bring dance to those who could not otherwise afford it through the Arts Enrichment Fellowship.
Click the image above to enlarge
Click to read more about artists