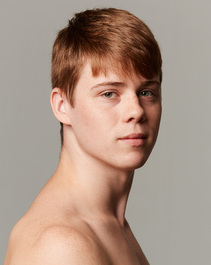 ​Justin began his formal dance training at the age of eight at local studio Dance Empire under the guidance of Angel Fraser-Logan and various other teachers. Justin continued his training at New World School of the Arts High School where he trained in classical ballet and various modern techniques under the guidance of dean of dance Daniel Lewis, Mary Lisa Burns and faculty. After receiving his BFA in dance at The Juilliard School, Justin hopes to join a professional contemporary dance company.
Click the image above to enlarge
Click to read more about artists