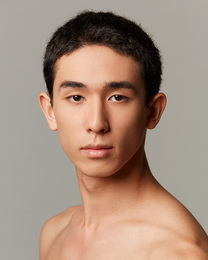 As a New York City native, Jesse started his dance training at The Ailey School year round. He also attended Fiorello H. LaGuardia High School of Music & Art and Performing Arts for dance, participated in their musical productions of ​A Chorus Line, Hairspray, and Guys and Dolls and received the Father Fame Award (2012). He is also an alumnus of Springboard Danse Montreal, Earl Mosley's Institute for the Arts (EMIA), Perry Mansfield, Lar Lubovitch Dance Intensives, and Jacob's Pillow (Contemporary). Jesse has worked closely with and performed works by Kyle Abraham, Brian Brooks, Camille A. Brown, Jonathan Campbell and Austin Diaz, Sharon Eyal, Loni Landon, Lar Lubovitch, Earl Mosley, and Gustavo Ramirez Sansano among others. He has also had the privilege to perform repertoire of Alvin Ailey, Robert Battle, Alejandro Cerrudo, Nacho Duato, Martha Graham (principle role), José Limón (soloist role), and Crystal Pite. He has performed at The Joyce Theater, Chicago Dancing Festival, The Apollo Theater, The Guggenheim Museum, and BAM Fisher. Jesse has assisted in the restaging of works by José Limón, Earl Mosley, and Maxine Steinman.

Jesse is a founding dance artist and choreographer with DaretoCreate Dance Collective, NOVA: Movement and Sound, and ZEST Collective. He has performed with the Lar Lubovitch Dance Company in 2014 and in 2015 with the Kate Weare Company, Diversity of Dance, Inc., and in Meredith Rainey Dance’s film entitled, S.KIN. Jesse's choreography has been presented at EMIA’s Emerging Choreographers Concert (2011, 2014), The Harlem Arts Festival (2014), EMIA’s Resident Artists Choreography Concert (2015), various Juilliard Dance Workshops and in Juilliard's Choreographic Honors Concert (2013) in which he choreographed, composed and performed. Jesse has been a guest faculty member across Hawai’i at Queen Emma Ballet, Mid-Pacific High School, The University of Hawai’i at Manoa and at LaGuardia High School in New York City. In 2015, Jesse was an Emerging Resident Artist with EMIA and toured across Canada as a faculty member with FRESH Dance Intensive.

Apart from dance, Jesse has been singing with The Transfiguration Men and Boys’ Choir since 2002 and was honorably awarded the prestigious rank of Eagle Scout in 2010. During his time at Juilliard, Jesse has been an active member of the community as a Programming Assistant (2013-2014) and a Residential Assistant (2014-2015 and 2015-2016). He also enjoys cooking and photography.

Jesse has been a company member with the Lar Lubovitch Dance Company since 2015 and will be continuing with the company upon graduation from The Juilliard School in 2016.
Click the image above to enlarge
Click to read more about artists