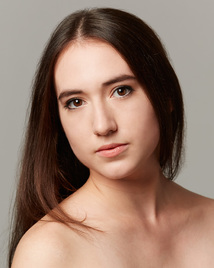 Amanda Mortimore is twenty-two years old and from Sacramento, California. Since studying at The Juilliard School, Amanda has performed works by Kyle Abraham, Camille Brown, Brian Brooks, Kate Weare, Martha Graham, Eliot Feld, and Jose Limon. Amanda has performed at the Chicago Dancing Festival, Fall For Dance at New York City Center, and Kate Weare’s 10th Anniversary Season at BAM Fisher. Most recently, she had the privilege of performing for the first lady of China at Juilliard and also performed in the Guggenheim’s Works and Process. Amanda is looking forward to graduating in May of 2016 and would like to thank her family for their generous support.
Click the image above to enlarge
Click to read more about artists